Why the odds favor no rate hike tomorrow, despite recent rhetoric...

The Fed and The Bank of Japan are holding their respective policy meetings today. I see a Fed rate hike as being highly improbable, given that recent data – while on balance okay – doesn’t seem to be threatening enough relative to the signals the voting members have been sending. Plus, the dollar’s been rallying lately (first chart) and the Fed is clearly concerned about bringing back the strong currency scenario that some would say has tempered the recovery over the past couple of years:   click charts to enlarge 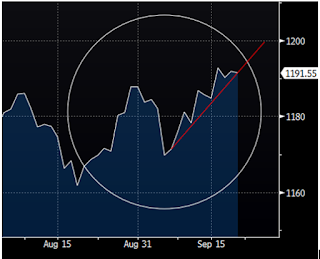 Therefore, assuming they don’t hike, it’ll be all about the post-meeting commentary. Given the recent hawkish tone among an increasing number of voting members, I suspect that the announcement and Janet Yellen’s press conference may yield a sterner warning to the market that a hike is on the near-term horizon. If so, we may see the dollar rally anyway. It was actually up during equity market trading today: 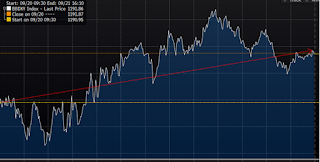 Although it’s trading a little lower as I type:

Of course other forces will push the dollar around as well. The Bank of Japan for instance has resorted to very aggressive measures to devalue the yen (and, as a consequence, boost the dollar [relative to the yen]), but to little avail. I had expected the BOJ to take yet further measures of late, however, I believe that as the Fed rhetoric has become more hawkish, Kuroda (BOJ’s head) is hoping that the U.S. Central Bank will do the job for him. I.e., were the fed to hike, amid such an aggressive Japanese monetary policy, surely presumably that would do a number on the yen.

The yen/dollar cross was all over the map during the U.S. equity trading session today: 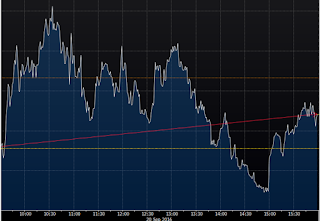 Trading higher since the close: 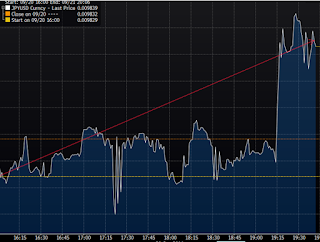 Clearly, currency traders are expecting the BOJ to hold pat. If correct, that means the central bank is content to risk somewhat of a Japanese equity market selloff if the Fed doesn’t deliver on a rate hike tomorrow (again, unlikely) or on more aggressive language (likely). It’ll then be keenly focused on the Fed’s December meeting. If the Fed softens its language between now and then, I look for the BOJ to go deeper into uncharted monetary easing territory.

One other central bank on the docket this week is the Reserve Bank of New Zealand. They have a quandary of their own -- which is virtually the same as Japan’s. The New Zealand dollar has been on a tear of late despite ongoing rate cuts:

Fold in the easy monetary stance of virtually the rest of the world’s central banks, and you have a higher U.S. dollar risk that I don’t suspect the Fed is ready to exacerbate at this juncture, particularly while U.S. (PCE) inflation remains below the Fed’s target. 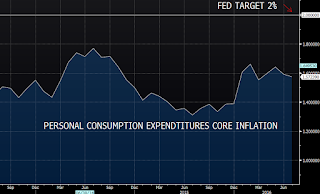 All that said, their recent rumblings smack of impatience. Could very well happen in December.


As for the stock market this week, it's been early morning rallies that get sold as the day progresses. The near-term range for the S&P has been tight between 2150 and 2120. I think – if we get a near-term upside breakout – it’ll see stiff resistance at 2200. If it breaks lower, 2100 could be fairly strong support. 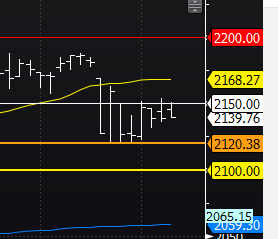 Of course anything can happen one day to the next. Which is perfectly okay for the prudent, patient, long-term investor! :)

Posted by Marty Mazorra at 7:19 PM